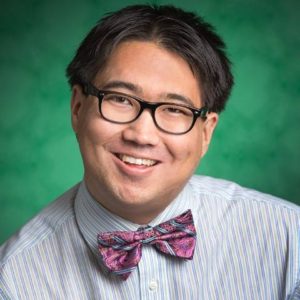 I am going to make an argument that you may not agree with. My family certainly doesn’t agree with me. But I feel I must make this argument nonetheless. The argument goes something like this: To speak your heritage language is an act of resistance. Moreover, the topic of the conversation matters little. I can speak in Japanese about the weather in Portland and yet by speaking in Japanese I am resisting decades of forced assimilation that stripped my family of its culture and, by extension, its language. Speaking one’s heritage language is thusly an act of radical self-determination to define one’s identity outside of the confines of the hegemonic English-speaking culture present in America and in the developed world-at-large. In order to arrive at this argument, we must step back and examine certain truths about the Japanese American experience and about the power of language to transform one’s psyche.

The next objection I often hear from my family about why their heritage language is unimportant is that culture can be learned without learning the language. This is only true to an extent. While one can preserve cultural traditions in the absence of the language that gave birth to these traditions, to embody the culture requires at least a basic understanding of the language. This is true because languages profoundly affect how we experience the world. One might understand from a textbook that English is a low context language where specificity, precision, and certainty are privileged in the diction, vocabulary, and grammar of the language. By contrast Japanese is a high context language where loose associations, implication, and softness are privileged in the diction, vocabulary, and grammar of the language. But to know these things from a textbook and to embody them by speaking the language are two different things. The embodiment of these cultural differences allows the speaker to learn nuance in culture that is inevitably lost in translation. This nuance is important. This nuance is a part of what was taken from us over the past century due to assimilation.

I can imagine at this point that there are people in my family reading this who are getting annoyed. Maybe if you are a third or fourth of fifth generation Japanese American who has sworn off the idea of learning Japanese, you are getting annoyed too. Who am I to tell you what was taken from you? I imagine some people might think, “But it’s my choice to decide whether I want to know my culture in that way or not.” To which I say, that’s true. I agree. But let’s be real here. Our choices are influenced by society. English became hegemonic in this society because of oppression. To speak any language other than English in the U.S. is to say, “I know I am supposed to speak English here, but I choose to express my agency and to experience the world in a way precluded by the English language.” That is a choice that you do not have to make. But to make that choice is an act of empowerment in the context of English’s hegemony.

Whether or not you decide to take back agency over your cultural identity is a complicated choice. There are people in my family who read about the oppressive elements of Japanese society such as the continued discrimination against Koreans and Chinese or the relative disempowerment of women compared to western countries. They read these things and they say, “well that is not my culture.” It isn’t my culture either. I am Japanese American not Japanese. But in being Japanese American, I’ve found that learning the Japanese language helped me to decide for myself which aspects of Japanese culture I keep and which aspects I jettison. I made these decisions for myself; I did not arrive there by default as the consequence of simply accepting the status quo. To make these decisions about what parts of your heritage culture to own and what parts to jettison is complicated, but also empowering. And while for some, the language might be one of those parts to jettison, I would hope that the decision was truly a decision born of free agency, not one made by the American assimilation regime.

Bio: Weston Koyama, a fourth generation Oregonian and Japanese American, seeks to articulate the nuances of the human experience through the written word. Weston’s writing touches on his experiences living and studying in Oregon as he explores the many different ways of being Asian American in contemporary society. His current project involves articulating how the trauma caused by Japanese American incarceration during World War II continues to affect present generations. Weston hopes to someday publish his work for a larger audience. Currently, Weston studies at the University of Oregon School of Law where he is a J.D. candidate in the class of 2019. Weston is the first Minoru Yasui Fellow at the University of Oregon in addition to serving as a Wayne Morse Fellow. He also currently serves as co-president of the Asian Pacific American Law Student Association at the University of Oregon. His other interests include disability activism, piano, and computer technology.