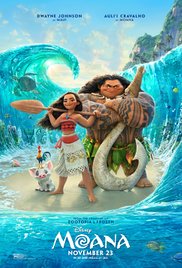 I took my daughters to see Moana a couple days before Christmas. It was my hope that the movie would spark a light inside my eleven-year-old to begin thinking about what her own significance in the world may be.

As the questions I asked her post-viewing became more and more leading, I began to see that she wasn’t ready to think in terms of family values and aspirations yet. She enjoyed the details in the animation, the character development, and the music, but when I headed into the territory of personal revelation, she looked at me in quiet discomfort.

It’s fine. She isn’t ready for that. It was less complicated for me growing up because both my parents are Japanese and have accordant traditional values. I grew up on the island of Maui, Hawaii, where the majority of my classmates were Japanese, like me. We learned stories about the demigod Maui in school in the same way that my kids are learning about Abraham Lincoln and Christopher Columbus.

It’s not as simple for my daughters. My husband and I come from two extremely different backgrounds. I am fourth-generation Japanese, was born in Hawaii, speak English, identify as American. Their dad was born in Korea, spoke Korean at home, lived most of his life in America, but identifies as Korean. Sometimes, my daughters and I discuss the ways in which Japan and Korea have a history of clashing, and my daughters, somewhat alarmed, watch their dad and I closely to see what conflicts of ours they can blame on our differing cultural backgrounds.

My daughters are very sensitive to having discussions about race and often comment on (what I intend to be) a neutral explanation: “That’s racist, Mom.” Which leads to further discussion about what it is to be racist and what it is to discuss race to understand the world around us. 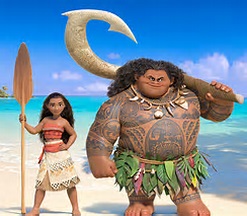 In any case, watching Moana was a good introduction for my daughters to notice such cultural details as Maui’s personally meaningful tattoos, his haka performance, and his exuberant exclamations of “Che-hooooo!!” There is a nicely illustrated idea about one of the character’s belief that she would return to the earth after she died, as her spirit animal. One of the most touching scenes in the movie is when the spirit animal arrives to encourage Moana in her darkest hour.

A few days after seeing Moana, on Christmas morning, I woke up to a recording of my late grandma singing my favorite Christmas carol on my iPod. I may have written it off as coincidence, but that night before going to sleep, I reshuffled the 2000 songs on my playlist, and once again, what played was my grandma singing that same Christmas song, as if directly to me.

Hearing my grandma singing a seasonally appropriate song was both a gift and a sign for me. Likewise, watching Moana was a timely inspiration for my girls to begin learning about their cultural backgrounds more deeply. Moana has been a starting point for them to entertain stories about the sun god Maui and the volcano goddess Pele. My daughters see Moana as an excellent role model for practicing bravery, kindness, and finding purpose in the world. I would like them to comprehend how Moana took her heritage into consideration when making life decisions.

Furthermore, I intend to support them when they listen to that voice inside them. As Moana did in the movie, I hope that my daughters will find friends to accompany them along the way. Most of all, I hope they know that I will always be with them, the way my parents and grandparents are always with me. 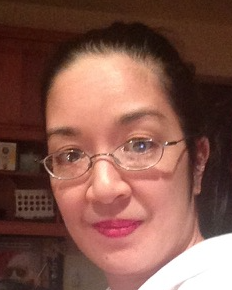 Author Bio: Adrianne Katagiri Kwak is a thinker and dreamer who wishes she could be wide awake in the morning. She is a fan of parents who listen to their children and vice versa.