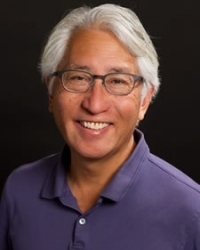 Shawn Wong is the author of two novels, Homebase and American Knees, and editor or co-editor of six anthologies of Asian American or American multicultural literature. He is a professor of English and Cinema & Media Studies at the University of Washington in Seattle. His website is: ShawnWongWrites.com

Last summer I waged a social media war against Penguin Classics for what I believed to be their piracy of John Okada’s No-No Boy, trampling on a valid copyright by claiming that the book was in the public domain because I filled out the copyright form incorrectly when the co-editors of Aiiieeeee!, Jeffery Chan, Frank Chin, Lawson Inada, and I, used our own money to republish the novel in 1976 as a CARP publication (Combined Asian-America Resources Project). In addition, the original publication by Charles Tuttle Co. was in 1957, which meant that both copyrights were still in force. Later, in 1979, I transferred the rights to the University of Washington Press. Penguin Classics had made no attempt to contact the Okada family or the UW Press prior to releasing their edition. They were essentially, in my opinion, making a stand on commerce over decency.

During my public campaign against Penguin Classics and its Vice-President and Publisher, Elda Rotor, many people and organizations joined in the battle, supporting my stand. Some of the first to stand with me were Viet Thanh Nguyen, David Henry Hwang, Asian American professors and teachers, and independent bookstores from all over the country who returned copies of the Penguin edition, refusing to sell it. That support, combined with the mainstream media picking up on the “David vs. Goliath” story and the work of intellectual property attorneys, actually brought the battle to a quick end. The teamwork was textbook Asian American activism at its best. The only difference between the activism of 50 years ago and now is the power of social media. I should know, I was there at the beginning. 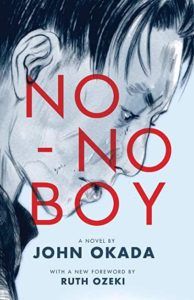 My co-editors and I discovered Okada’s novel 50 years ago in a used bookstore for 50 cents and following the publication of Aiiieeeee! in 1974, we made it our mission to bring No-No Boy and other canonical works of Asian America back into print. Many literary scholars have critiqued our anthology over the years and pointed out its failings or its tone or its dated definition of Asia America (we even included in the new edition of the anthology a foreward by Tara Fickle in which she documents that criticism), but many did not realize that the anthology was the production of activism more than literary scholarship. The book made a stand that Asian American literature deserved a seat at the table of American Literature. We often pushed back against the publishing companies and editors who rejected our manuscript with often demeaning and dismissive letters of rejection. It was no surprise when the only publisher to find us a legitimate literary voice was Howard University Press.

We never met John Okada before he died in 1971, but we vowed that his achievement be recognized and that his place in American literature be secure. What Penguin Classics didn’t realize when they went to market, is that the publishing history of the novel and the people behind it were as important as the book, which is why the UW Press edition of the novel contains three supporting essays about the literary history.

Under the pressure of all of this social media activism, Penguin Classics chose to withdraw their edition of No-No Boy from all distribution in the US in an arrangement with the UW Press and only distribute their version abroad. They also agreed to pay the Okada family and estate royalties for all copies sold—something they avoided when they released their version of the novel. The UW Press version of the novel continues to be published as it has been for the last 40 years here in the US and worldwide. The current sales of the UW Press is 160,000 copies sold.  That number combined with the CARP sales of 6,000 copies far exceeds the original Tuttle printing of 1500 copies. 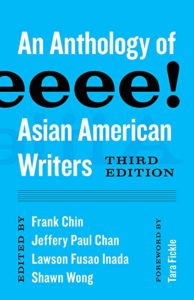 This last January, I found out that Elda Rotor was attending the Modern Language Association conference in Seattle at the same time the UW Press was doing a book launch for the new edition of Aiiieeeee! on the occasion of its 45th anniversary. The agreement between Penguin Classics and the UW Press and the Okada family had been signed. I invited Elda to come to the book launch and she agreed. When we shook hands, I told her that I supported her efforts to publish Asian American literature and offered my advice should she ever need it. I didn’t enter into the campaign against Penguin Classics to shame them or disgrace them. I’m a teacher and I thought there was a lesson in the history of Okada’s book that everyone should know.

There’s no monetary incentive for me to defend No-No Boy and its publishing history or an author I never met, rather I’m defending my own history with the book and my voice in urging people to read this novel I found in a used bookstore when I was an unpublished undergraduate student trying to be a writer myself.