Contributed by special guest writer, Elai Kobayashi-Solomon, in collaboration with APANO (see organization description at end of this blog)

My last name is the nightmare of substitute teachers. Kobayashi-Solomon. It doesn’t fit on the back of a soccer jersey, and it takes what feels like an eternity to scrawl out all 17 letters when I’m signing a document. There have been plenty of times when I’ve wished, for the sake of convenience, that I could delete the hyphen and simply call myself Elai Kobayashi or Elai Solomon.

Nevertheless, I am Elai Kobayashi-Solomon. And, as I’ve grown older, I’ve begun to realize that the seemingly innocuous hyphen which rests between the two halves of my last name is symbolic of my experiences as an Asian-American growing up in Chicago and attending college in Portland.

I was born in a small town just outside Tokyo to parents who had struggled to find a place to call home. My mother, who was born and raised in Japan, left her family behind and immigrated to the United States in search of bigger and better things when she was 23-years-old. My father, born in Houston, never felt comfortable in the conservative religious household in which he was raised, and he left the lone-star state for Tokyo in his mid-20s. They met in Japan, and, upon having me, decided to merge their last names into a single larger one which reflected their two distinct cultural identities: Kobayashi-Solomon.

My family moved to the United States when I was roughly three-years-old, and I spent the majority of my childhood and adolescence in a suburb of Chicago. Growing up, I constantly struggled to reconcile my Japanese and American identities, which often seemed completely separated by the hyphen that lay between them. On the one hand, raised in the United States, I attended public schools that were majority white, watched American television shows, and read about American news and politics. But on the other hand, I spoke Japanese with my mom, attended Japanese Saturday School, and was more comfortable eating with chopsticks than a fork and knife. I had the clear sense that I wasn’t completely American or completely Japanese, and there were times when I felt as though I was hopelessly caught between two cultures while never being entirely part of either. 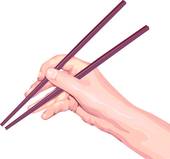 Recently, though, my outlook has changed. I’m not exactly sure why. Maybe it has to do with my trip to Japan a couple summers ago. Or maybe it was triggered by my new life as a college student in Portland, a city without much of a Japanese community, especially compared to that of the Chicagoland area. Walking through the bustling streets of downtown Tokyo in the summer of 2016, I felt simultaneously at home and alien. It had been several years since I had visited Japan, and I felt a deep, visceral attachment to both the city and the people who passed me on the streets. However, as I glanced at posters of celebrities I didn’t recognize and caught snippets of slang that I didn’t understand, I was also acutely aware that I was not too different from the hordes of tourists who arrive each year, marveling at unfamiliar cityscapes and cultural customs. My experiences in Portland have been in many ways similar. Without Japanese friends, acquaintances and family members to speak to, I could, if I wanted to, become Elai the American college student. However, before I even realized it, I felt myself being drawn towards elements of my Japanese background and heritage, whether it was via my work for APANO or the late-night ramen trips I sometimes make with friends.

When I was in high school, these experiences may have led to feelings of isolation, confusion, and separation. But, thrust into a new environment with plenty of time to reflect, I realize that it needn’t be so. True, I may never feel totally at home walking into a Japanese konnbini or watching the Superbowl with friends. But, if I was simply Elai the American, I would have never had the opportunity to attain fluency in a foreign language, fly across the Pacific Ocean to stay with my obaachan, or learn kendo from a Japanese sword-fighting instructor. And if I was just Elai the Japanese, I wouldn’t be sitting here now attending a liberal arts college (non-existent in Japan) alongside many valued friends and peers. The hyphen sitting between “Kobayashi” and “Solomon” doesn’t have to be an impenetrable wall, forcing me into a binary choice between Japanese and American, neither of which I feel comfortable completely adopting. Rather, the hyphen is a bridge — an open connection that lets me combine and explore elements of both my Japanese and American identities, the whole greater than the sum of its parts. 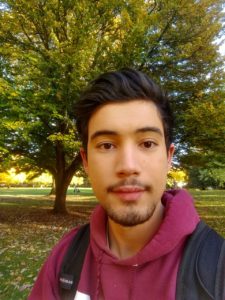 Author Bio: Elai is the Cultural Work & Placekeeping Intern at APANO. Born in Tokyo, Japan, Elai moved to the United States when he was three-years-old and was raised in Chicago, Illinois. Currently, Elai is an English major at Reed College. Through his internship at APANO, Elai hopes to learn more about nonprofit and social justice organizing, a field which he wishes to pursue in the future. In his free time, Elai enjoys reading, listening to podcasts, playing soccer, and writing for Reed’s student newspaper.

APANO: Established as a 501c3 nonprofit in 2010, the Asian Pacific American Network of Oregon (APANO) is a statewide, grassroots organization uniting Asians and Pacific Islanders to achieve social justice. They use their collective strengths to advance equity through empowering, organizing and advocating for communities. APANO’s strategic direction prioritizes four key focus areas: cultural work, leadership development, community organizing, and policy advocacy and civic engagement. Through APANO’s arts and cultural work, vibrant spaces are created where artists and communities can envision an equitable world through the tool of creative expression. APANO strives to impact beliefs, center the voices of those most impacted and silenced, and use arts and cultural work to foster unity and vitality within communities. Learn more about APANO on their  website and read more writings by APANO members on Medium.

The Writers of Color Fellowship is intended to fund writers of color to
initiate, develop, or complete a literary project in poetry, fiction,
literary nonfiction, drama, or young readers literature. One Writers of
Color Fellowship will be offered each year. All applications for the Writers
of Color Fellowship will also be considered for an Oregon Literary
Fellowship. Self-identified writers of color who are current, full-time
Oregon residents and who meet the eligibility requirements for Oregon
Literary Fellowships are eligible to apply. Full guidelines can be found at
http://www.literary-arts.org/what-we-do/oba-home/fellowships/fellowships/. Contact Susan Moore with questions, Susan@literary-arts.org, or 503-227-2583 ext 107.