Some may ask, what’s the big deal in asking, “Where are you from?” It’s just four innocent words, right? People might ask this question in a spirit of genuine inquiry — as you get to know someone, you want to learn where they grew up, what their home environment was like, what their parents do, etc. But to many Asian Americans, this seemingly innocuous question (WAYF) can feel unfriendly, even alienating.

My study found that three quarters of Asian American men can recall being asked WAYF six or more times, specifically where the asker is looking to determine the other’s country of origin.

For Asian women, the issue is even worse, as it often gets wrapped around ideas of being “exotic,” “submissive” or other objectifying stereotypes. There’s a reason this “What Kind of Asian Are You?” comedy sketch, featuring a White guy trying to hit on an Asian woman, has nearly 9M views on YouTube.

What WAYF Sounds Like
Stranger: “Hey, where are you guys from?”
Me: “Well, I live here and my parents and sister are visiting from Boston.”
Long pause.
Stranger: “I mean what nationality are you?”
Me: “Well, I basically grew up in the United States and we’re all American citizens. So … we’re American.”
If the stranger persists, I will state that I was born in Suzhou, China and moved to the U.S. when I was young, to which the stranger usually offers nothing meaningful in response.

My sister was born here. I have lived in America for 27 years, am a U.S. citizen, was part of the United States Junior National Team for men’s gymnastics, was even recruited by the White House to serve the American people as a Presidential Innovation Fellow, and yet when someone looks at me, they presume I am from “somewhere else.”

It is easy to dismiss this story as “just something that happens” or say that “there will always be rude people out there,” but just because there will always be people who litter doesn’t mean we shouldn’t continually encourage people to dispose of their trash properly.

Edit 3/18: My coworker Joan pointed me to her friend’s amazing/horrifying Tumblr “Where is Your Face From” which chronicles more of these kinds of stories.

The Problem with “Where Are You From?”
1) The Implied Message
When someone asks you where you are from, the implication is that you are not from here. But where is here? Here could be interpreted in two ways: the physical region (e.g. New York City), or the psychological region the asker believes him or herself to occupy (e.g. “being American”). While some well-intentioned people mean the former, Asian Americans have experienced the latter often enough that it becomes internalized as the message.

Some people might justify this microaggression on the fact that Asian people are a relatively “new” minority and it’s true that 74% of Asians in America were born abroad. But that does not justify the presumption that someone who is Asian is “from” somewhere else. Perhaps they were born somewhere else, but many grew up in the United States and consider themselves part of American culture just like anyone else and to imply otherwise is unfriendly and even alienating. In addition, there are still 4.5M+ Asians living in the United States who were born in this country and should have their “I’m from Dallas/Michigan/the West Coast” response be completely accepted.

2) The Frequency
Receiving an implied message on a monthly, weekly, and for some people, daily basis, can really compound the alienation. Individually, micro-aggressions seem almost harmless, but in aggregate they can make you feel pretty bad.

3) The Timing
The negative effect of WAYF is exacerbated when the question is asked very early in an interaction. This leads to a feeling of objectification where it becomes clear the asker isn’t interested in them as a person, but how they can be categorized by a label. A person’s ethnic background is a personal topic and just being curious about it does not give one license to ask it in the first 15 minutes of a conversation, just as being curious about a scar on someone’s face does not give one license to ask about it right away.

4) The Responses to Your Question
WAYF is often followed up with more racial stereotyping. If you indicate somewhere in the United States (e.g. “I’m from LA.”), the polite folks will accept the answer and smile, the ruder ones will then ask, “But where were you born?” or “Where are your parents from?” etc until they finally get you to respond with your ethnic background.

Common responses include “compliments” like “You barely have an accent” or “I love _____ food!” which do little to further the conversation. I understand that these responses are often an attempt to relate to the other person but often feel forced and rely on stereotypes, increasing the sense of alienation. It promotes the feeling that there is so little that this person feels in common with me that they need to resort to my ethnic background to forge any kind of connection.

Suggestions for Improving on WAYF
1) Try rephrasing the question
If you want to get to know someone, why not try a question that is less threatening and gives the other person more of a chance to own their own narrative? These following questions allow the other person to share information that they feel would better help you understand them, which presumably is what you’re really after.

2) Remember that something you ask once is something they hear often
Imagine you were born with a head of green hair. Of course people would be curious and you’d probably get many comments and questions about your hair — how did your hair get green? What’s it like having green hair? And while every person’s curiosity is genuine and not malicious, the sheer volume of questions is still a constant reminder that you look different from everyone else and there’s something off about you.

3) Try a different line of conversation altogether
I don’t think it’s controversial to say that most people, Asian or otherwise, want to be defined by what they’re doing and thinking and where they’re going, not where their “people” are from. Ask them their opinion on a recent news story or about any good books they’ve read recently or how they like to spend their time outside of work. Hell, even asking about their job, while trite, is at least a decision they had some choice in making. No one gets to decide which ethnic group they were born into.

So, please, think twice the next time you want to ask the question “Where are you from?” 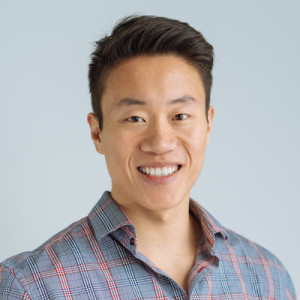 Bio: Jason Shen is a product manager at Etsy, a global marketplace for unique and creative goods. He previously served as a Presidential Innovation Fellow and founded a venture-backed ridesharing startup. He leads the Asian American Man study, which was covered recently by National Journal, and writes at his blog The Art of Ass-Kicking. He holds a B.S. and M.S. from Stanford University and his work has appeared in the New York Times, Vanity Fair, and Marketplace. Jason was born in China, grew up in the suburbs of Boston, spent nearly a decade in Silicon Valley, and now lives in Brooklyn.