Contributed by special guest writer, Brian Liu, as part of our collaboration with APANO (see organization description at end of this blog) 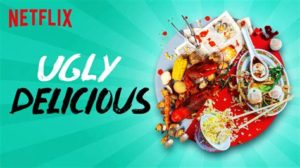 When David Chang, in his scathingly honest Netflix cooking show, Ugly Delicious, asked a group of Asian chefs and food writers if, as kids, they wanted to be white, I didn’t expect to see everyone around the table raise their hands. I grew up in Honolulu, Hawaii, where Asians outnumber everyone, with Whites coming in a close second, and the native population limping behind all the other races with its permanently broken ankle. Growing up, all my close friends were Asian. But looking back, we already knew that the world didn’t belong to people who looked like us. At least not the world that seemed to matter, the world of beautiful thin white folk who were the heroes and champions in our imaginations and televisions. It was also around that time that my best friend, who is Japanese, started saying that he hated Japanese people. Jokingly, of course. 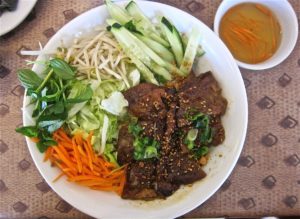 In an episode of Ugly Delicious, Chang recounts how being a first-generation Asian American means existing nowhere. In the States, he is seen as a Korean first, even though he grew up in Virginia. And despite all the Korean food he’s cooked and eaten as a kid, he doesn’t speak the language and is treated like an American when he travels to Korea. He claims that his cooking is a byproduct of his alienation. I had to admit, watching David talk about his experiences around being Asian American, that being in the majority in Hawaii sheltered me from the constellating, reclaiming language that other minorities sometimes share. Instead we formed local identities, modeled ourselves after a culture handed down by the mixed-plate meals of plantation workers. Some of us who had inherited the tongues of our parents absorbed the culture our parents left behind, becoming more Asian than American. Most of us ended-up half-there half-not, our English a mix of mannerisms and slurs we had learned at the dinner table, school, the mall, the beach. The same friend who made anti-Japanese jokes commented on his frustration at barbershops. “All the haircuts in the books they have there are worn by these handsome white men,” I remember him saying. “It’s not gonna look the same on me. I’m fat. And Japanese.”

Many Chinese immigrants post-1960’s came from wealthy, educated, and cultured backgrounds. Hawaii is a perfect example of this. Other Asian families can trace their lineage back to plantation workers who toiled alongside other Pacific Islanders in the sugar industry. Then there are those like me, born in America, who have parents like mine. Parents who are well-intentioned and are — in the upward-mobile American-economic-striving sense — white.

Our complicity in the ongoing struggle between White and Black America is often understated. And so is the position we occupy. Think of Elaine Chao, wife of Senator Mitch McConnell, who recently defended her husband, famous for his obstructionist partisan polemics, from immigration protesters, saying of both McConnell and the President, “I stand by my man … both of them.” Chao is an immigrant from Taiwan. So are both of my parents.

Ugly Delicious is a portrait of our complicated American palettes, our messy lurching histories and the colliding intersections that create and destroy new flavors, new intimacies, and new forms of intolerance. In the rice episode, Chang interviews a Chinese chef whose menu caters to the Americanized Chinese palette: General Tso’s chicken, beef and broccoli. Chang asks the man, “This isn’t what you grew up eating. Why do you cook food you don’t eat for people who don’t look like you?” The man doesn’t miss a beat. “ … If Chinese people come in and want me to cook something that isn’t on the menu, I’ll cook it. But this is what White people want to eat. So that’s why it’s on the menu.”

In another episode, David Chang learns how to make dumplings from an elderly woman who reminds me much of my grandmother. I hated dumplings when I was young. But now, I remember the affection that accompanied the food. I remember my grandmother’s concern when I pushed the plate away. I wanted hamburgers not dumplings. And yet she would always push the plate back in front of me. “Please eat,” she would say, “I know you’re hungry.”

Shows like Ugly Delicious have me asking myself about where I speak from when I try to speak about race. It has me thinking about what it means to participate politically as an Asian American, to claim that identity for myself, to claim a right to that community and history, in a time where Race Politics and Immigration Policy continue to offer up disenfranchised minorities and communities of color as scapegoats for our collective problems. It has me wondering about the well-being of friends who might be asking questions about their gender identities and trying to cope with the pressures they face from their parents and the culture their parents come from.

I am a student of Hanif Abdurraqib when he writes, “Even now, I’m not as invested in things getting better as I am in things getting honest.” The truth is that a lot of us have excused ourselves from the table, from the work of honesty, especially when it involves deciding “to be honest about not loving the spaces we have claimed as our own.” Hanif asks, “Who is going to be brave enough to ask where home is and seek out something else if they don’t like the answer?”

Asian American stories range wildly and it is sometimes hard to separate the lies from the truth. When I first heard the term pathological liar, I didn’t think it applied to me. But the lie does not just conceal the reality that being Asian American is not the same as being White American. The lie is that some of us grew up treated as if we are white, grew up wanting to be white with all the privileges that whiteness confers, yet know, deep down, we never can be. 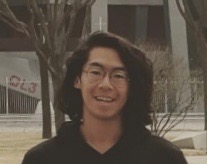 Bio: Brian is one of APANO’s 2019 Vote Fellows. He was born and raised in Honolulu, Hawaii and is a first-generation Asian American, the son of two Taiwanese immigrants. He graduated from The Evergreen State College in 2016 with a Bachelors in Liberal Arts. His degree placed an emphasis on Institutional Sociology and the History of Technology. His undergraduate research involved studying ways new technologies displace traditional forms of living. He currently attends the Oregon Institute for Creative Research.

Brian’s political engagement work in Oregon started with Forward Together during the 2018 Election season where he worked as a canvasser for Reproductive and Immigration Justice. His work as a canvasser invoked his passion for civic engagement and direct action as models for participating in local forms of social justice and policy change. He hopes to continue working in and on behalf of his community, learning more about the problems that the AAPI community faces, and participating in political work grounded in grassroot and intersectional philosophy. In his spare time, he loves eating and reading whatever he can get his hands on.