This month’s blog contributor is Dmae Roberts who wrote the story, My Brother–The Keeper, in our Anthology, Where Are You From?: An Anthology of Asian American Writing 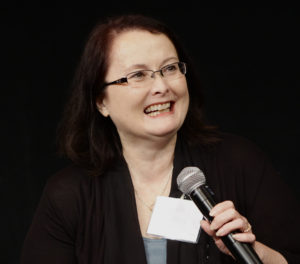 For years I’ve whimsically called myself “Secret Asian Woman.” White people generally assume I’m white and have turned to me with a “wink-wink, nudge-nudge” look when they’ve made a comment or joke about Asians. Other Asians have expressed astonishment when I’ve revealed my bi-racial identity.

As Secret Asian Woman, my mission has been to call out racism that’s usually directed at other people. I’ve spent my adult years looking for a name to answer the question: what are you? I’ve usually had to check the “other” box when identifying my race. It’s only been in the last decade that there has been a mixed-race, multiracial or bi-racial category.

I was born in Taiwan and lived in Japan until I was eight-years-old. When my family moved to Oregon, we lived pretty much in isolation regarding other APIs. Before social media, mixed-race people couldn’t find each other as easily as we can now. I find hope in all the mixtures of millennial Americans who accept each other’s races without having to define it into a “check other” box. Social media allows people to call out racism more easily and to find community and kinship as multiple races.

In 1989, I came out from “undercover” as a secret Asian when I created my radio documentary Mei Mei, A Daughter’s Song. Since then I’ve written personal radio pieces, stage plays and essays delving into my identity and family history. During the three-year period of my mom’s illness, I started several chapters of a memoir while taking care of her. After she passed away, writing about the grieving process got too painful so I paused for a couple of years. Instead I excerpted short essays from the larger memoir that were published in anthologies, magazines and my Asian Reporter column. One piece was My Brother—The Keeper, which was published in Where Are You From?

I pitched my memoir to agents and publishers at a couple of writing conferences, but they all seemed confused and resistant to my story because it was so intertwined with my family stories. Agents especially would ask, “Is it your story or your mom’s or brother’s story?” And while they responded to my mom’s WWII dramatic story of being sold into servitude in Taiwan when she was a child, they thought my personal story didn’t have the same drama. It didn’t seem enough to write an honest exploration into identity and family history.

So last year I received a grant from the Regional Arts and Culture Council to hire editors and formatters to independently publish The Letting Go Trilogies: Stories of a Mixed-Race Family. The stories are sets of three essays that were written over a decade about mixed-race identity and my family’s experiences. I also include the stories I wrote when my mom was ill. It’s all about letting go of the pain, grief, anger and regret I’ve experienced in Oregon. It’s also about forgiving one’s self in order to move forward and heal. My book has become a way to start conversation about what it’s like to be mixed-race in a mostly white area. It’s empowering for me, and, I believe, for people who read it.

All my life I’ve had difficult conversations with people about race when I lived in Eugene and then Portland. In the next year, I’ll be having new kinds of conversations as part of the Oregon Humanities Conversation Project. My topic is entitled: What Are You? Mixed-Race and Interracial Families in Oregon’s Past and Future. I’ll be going to different towns and cities in Oregon, leading conversations about mixed-race. I’m looking forward to having these conversations. Mixed-race is the fastest growing demographic. Finally, more people like me. Perhaps I’ll get to talk with you either at a book reading or a conversation project event. I hope so. Secret Asian Woman is not so secret anymore. 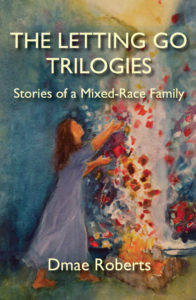 The Letting Go Trilogies is available via CreateSpace. (See also my detailed bio.) It is available in both book and Kindle formats on Amazon. It’s also available directly from me on my website. My other projects are available at MediaRites.

Contributed by one of our Anthology authors, Ben Efsaneyim

[Note: in the Anthology, Ben wrote What a Difference a Word Makes and we inadvertently misspelled Ben’s last name as Efsanem. Ah, what a difference two letters can make! Sorry, Ben, and thank you for writing your novel so we now have this opportunity to correct our error.]

Nothing into Something: The Legend of Fu

It is a bizarre paradox to consider that nothing – i.e. the absence of a thing or anything – could serve as an inspiration for a novel. Yet, as I began to learn more about the story of the first Chinese migration to America, I came to realize that the rich history of these primary waves of migrants has lacked an American cultural narrative. As I delved deeper into this history, I came to realize that there was a very good reason why America has chosen to forget.

As soon as the first Chinese immigrants began to arrive on the West Coast in the mid-nineteenth century, hostility towards their presence began to emerge. Over the ensuing decades, a campaign of hatred was waged against them that can easily be described as an ethnic cleansing. More than seven decades of an Asian migrant group’s history has effectively been erased. This absence of a cultural narrative is what prompted me to write The Legend Of Fu.

Our culture abounds with stories of Wild West heroes engaged in dramatic duels with gun-slinging outlaws, hardy pioneers who braved attacks from Natives to build new lives, and grizzly beast-men, both terrifying and adored for their ruddy tenacity in the wild, wild wilderness. By contrast, the bravery, tenacity, hardiness, and heroism of Chinese migrants beset by violence, as well as social and political exclusion, are missing from cultural narratives describing the period. The Legend Of Fu interweaves factual incidences of mob violence and anti-Chinese racism to show how the power of racial stereotyping defines an ethnic minority so that society’s engagement with them is based solely on these racist beliefs.

The demonization of Asian men constitutes the other major theme in the book. The novel re-frames the idea of the Asian arch-villain. The main protagonist, Fu, is fundamentally an arch-villain in the eyes of society but an arch-philanthropist in truth. He is an “anti-Fu Manchu” if you will, albeit set in story with the awkward reality of anti-Chinese racism added to the mix. In the stock stereotype, such Asian villains possess a dastardly supernatural power that aids them in their efforts to undermine Western civilization, all conducted from an underground secret lair in the exotic hell-hole of Chinatown. But such stereotyping does not allow for the possibility (and in the story, the reality) that Fu’s mystical connection can actually be a force for good.

Colleen, the other main character in the novel, is a white woman whose secrets from her past drive the action in the story. Through her character, I sought to glimpse the psyche of the white mainstream that persecuted the Chinese and to suggest that racial stereotypes are merely the worst aspects that a society refuses to see in itself and instead projects onto the Other.

The book is a fast-paced action thriller, set in 19th century San Francisco’s Chinatown, that follows the fortunes of Fu as he survives the brutality of a coolie ship, escapes to Mexico, and finally makes his way to America with his childhood friend, Gan. As a successful merchant and philanthropist, he inadvertently rescues Colleen from a brothel and immediately finds himself in the middle of an escalating intrigue. When a thousands-strong mob descends on Chinatown, Fu, Colleen, and his companions work feverishly to solve a mystery that could stave off their destruction. Amidst the real-time plot, the undercurrent of anti-Chinese racism and its resulting violence pervades the lives of the characters. Background stories are told in flashback, contextualizing the actions, thoughts and motivations of the main characters.

I pulled no punches with the depictions of the brutal persecution inflicted by white mobs, nor with the language used to dehumanize the Chinese. This was not done for shock value but simply as a genuine recounting of the events that inspired the novel.

History and historical experience are the foundations of identity. The Asian American narrative from this period is absent, meaning that all the heroic “founding fathers” of Asian America whose tenacity and bravery forged the basis of subsequent Asian migrations have not been given a voice in the tapestry of the American narrative.

In writing his book, I hope to achieve a realistic and accurate retelling of historical facts in a dramatized setting, devoid of the need to compromise truth.

For a more detailed book interview

The Legend of Fu is available for purchase 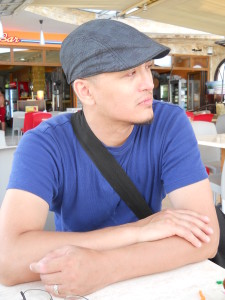 Bio: Ben is a writer who has lived in Istanbul, Turkey, with his wife and son since 2007. He has a Fine Arts background and studies and writes about Asian-American issues. He blogs, is passionate about playing the guitar, and draws and paints for pleasure. He is overly modest about his extensive knowledge of wines and regularly thrills his family with his cooking. The Legend of Fu is his first novel.