Contributed by special guest writer, Brandon Cruz, as part of our collaboration with APANO (see organization description at end of this blog)

While growing up on Guam, I never really took the time to think about what my race and ethnicity meant to me. I was very comfortable because I identified as Chamorro, part of the majority race on Guam. Wherever I went, I felt like I belonged and could connect easily to others around me.

Attending college in the States, I expected that a lot of people wouldn’t know much about Guam, much less Chamorrros. Given the location of the island and its lack of media representation, I knew that I would have to answer a lot of questions about my island and my culture. Raised as a military child in the Department of Defense education system on Guam, I was taught how to formally explain the island and my racial background. However, it didn’t occur to me that the shift of demographics, from Guam to this new mainland environment, would change the expectations and assumptions that others brought to the conversation.

Initially, I really enjoyed telling people about my background and where I had come from. Many students showed a genuine curiosity in my stories and I felt like I was able to be myself around this new group of people. It also helped that I have an extreme sense of pride in my cultural roots and I didn’t encounter anyone who seemed disinterested in what I was saying. But, as I continued to interact with people here in Portland, I began to notice that the questions and assumptions that some have about islanders are pretty ridiculous, to say the least. 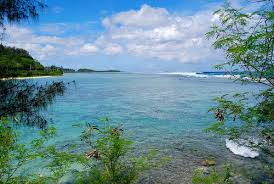 Some people praise my English. Some ask if I had worn “real” clothes before and just generally question whether my island is a “civilized” community. On top of the assumptions that people have about islander communities, I am also really bothered when people assume I am a member of the Latinx, Asian, or Native American communities and treat me in ways that reflect their assumptions of those groups as well. A common assumption that others have of me is that I am a Latinx man, which is either said explicitly or when they greet me in Spanish. I am often faced with the discomfort of navigating out of those situations, especially when I realize I am being engaged because they think I’m of that other race.

But of all the assumptions I encounter, I really dislike the one that disbelieves that those of us born on Guam are “real” Americans. Many people ask me if I am a legal citizen and many places do not accept Guam ID as a proper form of valid identification. Many of us from Guam have to carry our passports around to prove our American citizenship. I am continuously asked to validate my presence here in the United States. I am baffled and frustrated. 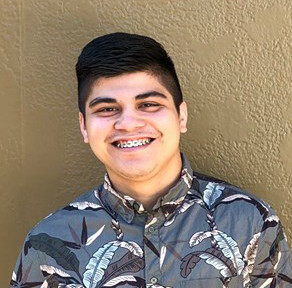 BIO:   Brandon Cruz is a member of the field team at APANO, the Asian Pacific American Network of Oregon. Born and raised on the island of Guam, Brandon came to Portland to complete a degree in social work and psychology at the University of Portland. He identifies as a native Chamorro and is interested in creating systemic changes, mental health, and the relations between territories and the US. During his free time, Brandon enjoys playing guitar, hiking, spending time with friends, and exploring the food scene in Portland.