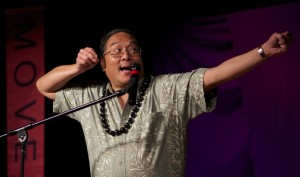 We are all storytellers. We communicate, remember things, and make sense of the world through narrative. When we speak of the kind of day we had or tell a joke, we are telling a story. We may have difficulty remember facts and dates, but likely we will have no trouble recalling our teacher telling us a story. In an argument or courtroom, the person who can weave a story which can best explain the facts in the most logical and elegant manner is usually the winner. We are all about story.

We often define ourselves by the stories we tell others and to ourselves. 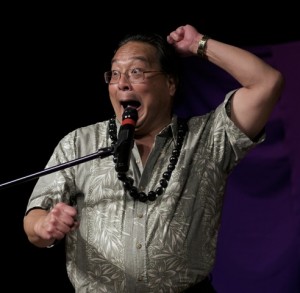 Through the Internet and TV, we are constantly being bombarded with stories that other people want us to take for our own. It is sometimes easy to forget our own stories and who we truly are.

In WWII, Japanese American soldiers in the 100th Battalion/442nd Regimental Combat Team who were mostly from the Internment Camps and Hawaii, were sent to fight in Europe and found themselves in situations where they had no idea how to behave. Some had gone to Japanese School in Hawaii before the War and had taken an Ethics class in which they were told stories of Japanese heroes and noble deeds. Not knowing what else to do, they patterned their behavior after these mythic heroes, gained the respect of friend and foe alike, and became the most decorated unit in US Military History. Stories are important because they tell us who we are. 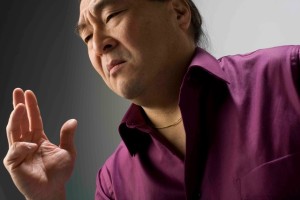 There are a handful of Asian storytellers who perform nationally at large storytelling festivals and it is rare for any two of us to perform at the same festival at the same time. I tell stories from Asia, Hawaii, and from the Asian American Experience so that audiences may glimpse other cultures and hear other perspectives. It is an obligation, a duty, and a privilege.

I give voice to the stories of those who have no voice or who would rather not speak out. I am not Okinawan, but I was invited into the Okinawan community in Hawaii to collect their stories about what happened in Hawaii and Okinawa before, during, and after the Battle of Okinawa, the last great battle of WWII. I then told their stories back to them. Words have power and stories can heal.

Family stories are particularly precious and easy to preserve. Turn on the video recorder on your cell phone, ask the elders in your family what it was like when they were growing up and record them telling their stories. They are a part of your story. You may not be interested in their stories, but your children or your children’s children might. When the old ones go, they take their stories with them.

What stories do you tell yourself? Are they true, authentic, honest? Are they a mask behind which you hide? Are they what you think others want to hear? Standing in your own truth is hard, but often it is the first step in becoming whole.

The stories we tell ourselves make us special. The stories others tell about us, make us human. Because we are human, we are all family. Tell your story, speak your truth, and be all of who you truly are.