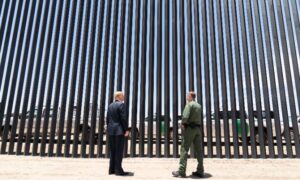 For the past four years, we have been led by those who want to build walls. To protect us, they say. To keep them out, they say. But with more and more incidents of “I can’t breathe,” it’s becoming harder to ignore the increasing restlessness born from the suspicion that maybe walls are being built to keep us in. In our places. It’s ironic that the virus we’re dealing with now also makes it difficult for its victims to breathe. Perhaps that is one of the reasons why we can empathize a little more with Eric Garner and George Floyd.

Certainly, the restlessness of 2020 is being caused by lockdowns, stay-at-home orders, working from home, travel restrictions, and other related pandemic measures. More than that, however, is the growing desire to breathe. Take for example our Election. The initial large number of Democratic candidates running for President might have been overwhelming to consider but I was encouraged by its diversity – even an Asian American! Yay Yang! And for the final Democratic candidate to commit to and follow-through with his pledge to pick a woman as his running mate was another surprise. Even though Biden had not been my first choice, his selection of a woman of color made me respect him more.

Still, our country is so divided that I didn’t want to hope too much. COVID exposed the many weaknesses in our American systems so that public health, the economy, and institutional racism became problems of contention rather than collaboration. It didn’t seem to matter that COVID was trying its best to point out to us that walls can’t protect us … that we, not the virus, can end up killing each other … unless we work together as Americans and Global Citizens to put sensible precautions in place to protect ourselves AND EACH OTHER, here in our country and beyond our permeable borders. 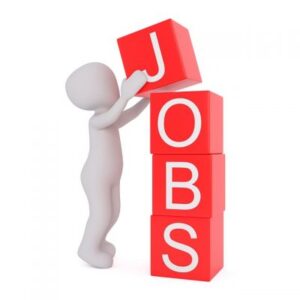 COVID also showed us that people are not treated equally in America. While our President and the wealthy in our country get the best healthcare, too many Americans don’t. Some die. Too many Americans are losing jobs and homes. They. Can’t. Breathe. Not everyone will recover. Protests happen when groups believe that the balance has shifted from “more to gain” to “less to lose.”

Big Disruptions like the ones we’re experiencing are humbling. They remind us to reflect on where we’ve come from, where we’re going, how we’re getting there. To make sure we’re on the right path. Getting there the right way. Because too often, we aren’t. We forget to remember we will all reach the same destination in the end, but it’s how we get there that really counts. We forget that reaching our destination matters less than how we get there. Losing our way matters less than how we deal with our losses. When this pandemic forced many of us to stay at home and drastically change our routines, it gave us the opportunity to pause and think more mindfully about our routines – about what we value and want from our lives. If we stopped breathing today, we would see our breaths passing before our eyes, showing us … what? 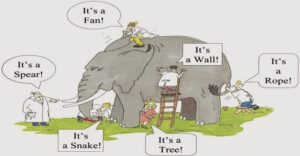 During this pause, I am having a hard time understanding why others don’t see the hurt and pain – the breathlessness – behind the Protests. Maybe most of us are like those blind men whose descriptions of an elephant depended on which part of the animal they had touched.

We argue and argue … but we can’t know what we don’t know. Non-Blacks haven’t driven while Black. Held a rifle and walked past police while Black. Taken a walk as a Black through a White neighborhood at night … maybe even during the day. Had a mental health episode while Black. Been on trial for murder while Black. We often find body swap movies funny but I think if a White American switched bodies with a Black (or non-White person), they would not find it funny at all. Sometimes I find myself wishing that those who claim they are not racist would swap bodies with a Black American or any non-white American and then tell me that institutional racism is a lie. I’m guessing that not many White Americans have been told to “go back where you came from”!

In a recent interview with Seneca Cayson, one of the leaders of the non-violent Black Lives Matter protests in Portland, Oregon, he said that the social justice message has been diffused by other competing and opposing interests and “… it’s right and wrong …  that’s the true agenda.” 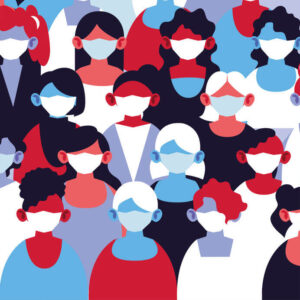 We don’t live in isolation, we live in families, communities, and societies where our actions can affect others among whom we live as well as those who want to live among us. It may help us breathe more easily and calmly if we tempered our desire for individualism and exclusivity with a more generous caring and kindness to those around us … even when it means acting for the greater good rather than our own preferences. We can choose to build walls … or, as Yo-Yo Ma proposes, bridges:

I’ve lived my life at the borders. Between cultures. Between disciplines. Between musics. Between generations. And throughout my life I’ve learned that in culture, we build bridges, not walls. We believe that we are better together than alone. I am worried that we’ve lost sight of that belief in America.  –  Yo-Yo Ma is a cellist. He was awarded the Presidential Medal of Freedom by Barack Obama in 2010.

In a better world, we will be able to bridge the divide, tear down walls, problem-solve and accomplish wonderful things together, no matter our race, gender, sexual orientation, age, or political leanings. What we create will be meaningful more than expedient. Built without guns, bombs, tear-gas, batons, and knives. Shaped by kindness and caring for each other no matter how differently we look and think. Listening to each other. REALLY listening. Seeing deeply into each other’s hearts and souls, not just glancing at surfaces and assuming we know. And, in our Election cycles, it would be nice if seeing candidates who look like us was such a normal sight that it wouldn’t make us sit up, breathing accelerated; rather the focus would be on getting very excited about candidates who hope and dream with us no matter what they or we look like.

In a better world, we will all be able to breathe. 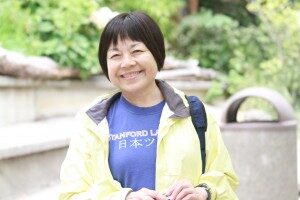 Bio:  Valerie Katagiri was co-editor of the community book project (available on Amazon.com): Where Are You From?: An Anthology of Asian American Writing. She coordinates the blog posts on the related Anthology website: AsianAmericanWriting.com

There are many cultural reasons why Asian Americans haven’t been more vocal in their attempts to be seen and heard but if we are to be visible, recognized, and counted in America, we will need to break down walls and speak up more, protest more … and yes, write more. We have to build more bridges and less walls. So people will see us as more than our faces. So that people will understand where we’re coming from … where we’re REALLY coming from.

* Tell YOUR STORY in your own words!

* Or simply write something uniquely personal as an Asian American.