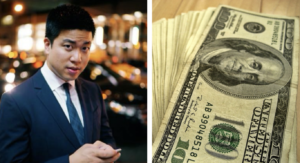 At the age of 22, I graduated from a top U.S. university and was about to start a career in the coveted field of management consulting in New York. By all accounts, I was living out the “American dream.” But was it, in fact, my dream?

I grew up in what the media sees as the stereotypical Asian American “model minority” experience: a Korean American family bent on academic success above all else. My parents, children born in the aftermath of the Korean War, were conditioned to value survival and prosperity, moving to America for these ideals. The New York metropolitan area is probably the fiercest academic crucible in the country, especially for Asian Americans, and seemed to be the perfect spot for my parents to raise a family.

As much as America paints itself as the land of opportunity, life has never been easy for any immigrant group. As a kid, I wasn’t an outgoing or sociable person. I was the typical nerd. My parents, uneducated in American social dynamics, found it hard to “help” me socially. They meant well and ingrained in me the idea that it was only important to keep my head down, work hard, get ahead, and then everything would work itself out in my adult life.

My escape was in stories, in any consumable format that I could handle, comic books, novels, TV, movies, video games. I escaped because my adolescent reality wasn’t very appealing, working towards an amorphous goal of “making it” as an adult. While I didn’t abandon those goals and pursued studies (somewhat) diligently, it was here where my love of storytelling began.

As I sought out narratives to populate my imagination, I became acutely aware that the storytelling in America rarely includes Asians as anything more than caricatures or backdrop dressing for the “American” (read: White) hero to prevail. But while I enjoyed Jackie Chan’s movies, I related more with actors like Jim Carrey and Robin Williams because I identified as an American, and I felt their stories on a much more personal level. But I wasn’t an idiot. I knew that I was Asian and that my chances of being a Carrey or Williams were infinitesimal. 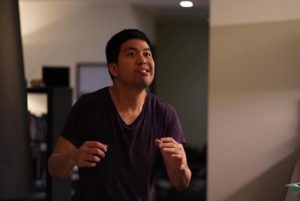 As an angst-filled teen, some of my more nascent theatrical attributes started to manifest. I became somewhat of a class clown and gained popularity, but I also loved performing music. I found creative outlets for myself in performance art despite my continued focus on academic success. Ultimately however, I felt discouraged because as much as a career in entertainment seemed like a pipe dream, it seemed like a pipe-dreamers pipe dream for an Asian American.

In college, I found another outlet for my talents and training — poker. I started playing as a freshman, addicted to its allure and its foundational ties to mathematics and logical analysis. It wasn’t just the fun and the money that I enjoyed. In some ways, poker is as pure a meritocracy as one will encounter in life. Success is directly proportional to the talent and work put into the game. Of course, although there’s a lot of luck involved, it also ironically validates values instilled in me by my parents, confirming that hard work gets you to the top.

However, it wasn’t my poker winnings that convinced me to take the leap of faith to become an actor but rather the financial crisis of 2008 when I was laid off from my job as a consultant. I decided to take a step back and figure out what I wanted to do with my life. One of the movies that inspired me was Harold and Kumar, one of the first movies I had seen with characters I could relate to (I drove to the movie in my silver Toyota Camry with my Indian best friend who was in med school at the time, while I was doing a finance internship; it was very surreal).  It was the first time I saw that maybe, JUST MAYBE, it was possible to pursue a career in entertainment as an Asian American. Hard work had gotten me everything up to that point so why would it be any different in the entertainment field?

For the uninitiated, the entertainment industry is very capricious and opaque, which makes it a very relationship-based industry. Success is almost always predicated on who you know and how influential they might be. For ANYONE, not just Asian Americans, it’s a battle, a competition to show why your story matters over the thousands of other hopefuls with their own stories. As a result, it’s not always about who’s the most talented but instead who’s the best at promoting themselves.

Coming from a background where I thought effort was directly proportional to success, this was a lesson that took me much too long to figure out. I had done training at a conservatory and come to L.A. fully expecting to start working relatively quickly. It didn’t pan out as I had planned. Part of my problem was not knowing exactly how to focus my efforts and to build a platform for myself, but this is a fundamental disadvantage that Asian Americans have in this industry. They have few people to turn to for support and guidance.

I won’t say that I’m the best actor in the world and was just down on my luck, because that wouldn’t be true. Looking back, I could have definitely done some things differently, but a few years ago, transitioning into my 30s, my “Asian” career-oriented side started gnawing at me. Did I make a terrible mistake in pursuing this career? Were my parents right to question my life decisions? I even started questioning my own romantic life, thinking that if I had just towed the line and been a “good little Asian,” I might have started a family by now. Who the hell wants to date a 30+ year-old unknown actor?

It was out of this desperation that I drew inspiration. After watching shows like Girls and Togetherness, I realized that we have the power to be content creators of our own personal stories. The blueprint for Asian American content creation was laid-out by content creators like Wong Fu Productions, JK Films, and Fung Bros. on platforms such as YouTube. They proved that there’s a demand for storytelling where people feel like they’re being represented.

I started working on a web series for myself, writing stories about Asian American life that wasn’t being told in Hollywood. This web series morphed into a short film, which then morphed into a pilot TV show. As my ambitions grew, so did my project’s scale. Over the course of a few years, I spent all my energy, time and personal finances building what I believe is the genesis of genuine Asian American storytelling.

My show, Just Doug, is a semi-autobiographical show on Facebook Watch. It’s about my life as an Asian American actor in Los Angeles. At its heart is a story about what life looks like for an Asian American trying to insert himself into the conversation of American culture. It’s about the compromises marginalized people might have to make for greater acceptance into society. It’s almost like X-Men, except instead of mutants, we’re Asian, and instead of Professor X … you have me. I want people to realize that Asian Americans are people, humans, and … Americans who just happen to be another ethnicity.

I made the show to accurately portray the Asian American experience and what it looks like to us, the 2nd generation that knows what it’s like to come from an immigrant family but also identifies with many American ideals and desires. To that end, I assembled a mostly Asian American cast, with a writer, director, DP, music director and many other crew members to be Asian American, to prove that we have what it takes to tell a good story without Matt Damon coming in to save the day. 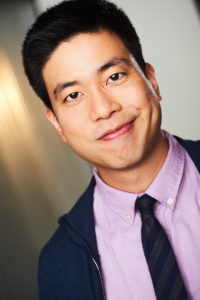 Bio:  Doug Kim studied economics at Duke University and was a former management consultant. He was also a professional poker player who, in 2006, managed to make it to the final table of the World Series of Poker Main Event in Las Vegas.  Shortly after the financial crisis, he decided to pursue an acting career in Hollywood. He is now an executive producer, actor, and writer for a semi-autobiographical comedy series called Just Doug, available for viewing on Facebook Watch. He is passionate about bringing to life stories from the Asian American viewpoint and helping people begin to see Asian Americans as simply Americans.
twitter: sweetjustice
instagram: vindicatingjustice / justdougseries
website: www.douglasleekim.com
blog: www.deferredjustice.com
showpage: www.facebook.com/justdougseries