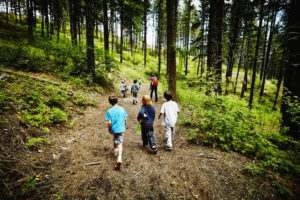 Sending my brother and me to camp was my mother’s idea. She had grand notions about how children should spend their summers to become adults of distinction and believed that summer camp would help us develop American independence. My mother’s desire to send us to camp was also fueled by guilt for having moved our family from Seoul to the United States. We hadn’t been well-to-do in Korea. But we’d definitely been middle-class. My mother had been a middle school teacher, and she and my father had run a cram school out of our house, a spacious home with a yard. In contrast, our home in America was a one-bedroom apartment in Elmhurst, an immigrant enclave in Queens with very little that evoked the pastoral glory that had lured my parents to leave their homeland.

The only problem was money. At the time, my father ran a small shoe repair shop and my mother worked as a secretary for a fly-by-night Korean businessman. My brother and I ate free lunch at school and wore hand-me-downs my mother scrounged up from other mothers at church. A TV commercial that we happened to see one night made camp a reality for us. In it, a dozen robust white children with rosy cheeks hiked in unison to the summit of an impossibly-picturesque mountaintop while a narrator urged parents to send their children to camp to experience the joys of nature.

My mother called the number that flashed on the screen and  explained our situation as best as she could in her stilted English. When she learned that sending two boys to camp would only cost $50, she wasn’t at all alarmed. Quite the opposite, the low price fit neatly with the vision she’d had of the U.S. as a munificent country that willingly shared its bounty with newcomers and those in need.

On the designated day, we went to the address in Manhattan where the lady on the phone had told my mother that campers would be ferried by bus to the camp in New Jersey. The address turned out to be a Salvation Army office in the heart of Harlem. We’d only been in the U.S. for two years, but we’d heard many horror stories about Harlem from other Korean families.

We stepped into a large gymnasium, which was filled with about five hundred African-American kids who turned and stared at us in unison, wondering what the heck we were doing there. My parents looked shell-shocked. The scene was nothing like the TV commercial. My parents were so startled by what they’d unknowingly signed us up for that they pulled me aside and offered me the option to skip the camp and stay home. But I declined their offer. I’d talked up the camp to my friends back home. I couldn’t possibly face them and report that I’d chickened out of going to the camp.

I was teased a lot and got called all sorts of names, especially at the start of camp, but overall, I had fun because it was still summer camp and we campers were all little kids. I also won some status at camp for being one of just a handful of kids who could swim and for being the only kid who could do the Rubik’s Cube.

I don’t attribute my parents’ decision to let us get on that bus that day to some inner nobility or exceptional ability to transcend their prejudices. They must have had some sleepless nights. I’m not sure I could have done the same had I been in their shoes, but I’m glad that they sent us. Had they not sent us, I probably would have held it against them, especially during my prickly adolescence.

As fate would have it, I live today just five blocks away from where the bus picked my brother and me up to take us to Camp Star Lake nearly 40 years ago. Gone are the boarded-up buildings and the vacant lots. Such lots have been bought up by developers who are building condos on them. But the Salvation Army is still there, and Camp Star Lake is still in operation.

With the passage of time, I’ve gained greater appreciation for my fish-out-of-water experience. When I was younger, my going to Star Lake highlighted my parents’ cluelessness and bumbling in their attempt to navigate American life. Now that I’m older and have children of my own, my perception has changed.

My parents took a leap of faith. They knew that their children would likely experience discomfort and unease, but they trusted the world and let us go off on our own with the belief that such trials would only make us stronger. I’m not sure that I could have mustered the courage to trust the world the way they did with my own children, but I gained so much from going to Star Lake and rubbing elbows with African-American kids whose lives were even more messed up than mine. It was a pivotal experience that helped shed many of the misguided notions I’d held about life in America and opened my eyes to the stark inequities of racism. To this day, I thank my mother for always thinking about her children’s future and for sending me to Camp Star Lake. 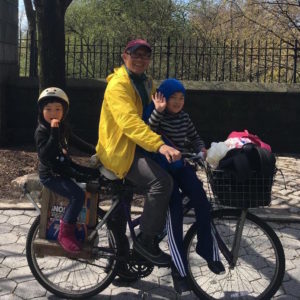 BIO: Yongsoo Park is the author of the novels BOY GENIUS and LAS CUCARACHAS, the memoir RATED R BOY, and the essay collection THE ART OF EATING BITTER about his losing battle to give his children an analog childhood. He lives in Harlem and gets around on an old bicycle.