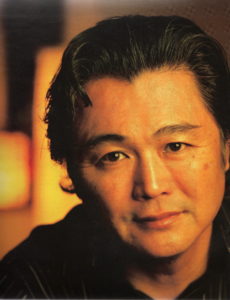 David Mura has written two memoirs, Turning Japanese: Memoirs of a Sansei, and Where the Body Meets Memory: An Odyssey of Race, Identity and Sexuality. His novel about the son of a No-No Boy is Famous Suicides of the Japanese Empire. He has also written four books of poetry, including The Last Incantations. David’s latest book is A Stranger’s Journey: Race, Identity and Narrative Craft in Writing. His website is www.davidmura.com

When my father as a teenager was imprisoned in the Jerome, Arkansas internment camp during World War II, his white high school teacher told his class that when they got out of the camp, they should try to be not just 100% American but 200% American. The Japanese Americans were imprisoned not for anything they had done, but for their race and ethnicity, and so, not surprisingly, my father took his white teacher’s advice to mean that he should become like white Americans: He and my mother raised me in a credo of assimilation not just into America but into a definition of American which equated America with white people.

Thus, when I was in high school and a white friend said to me, “I think of you David just like a white person,” I thought: Yes, that’s how I want to be considered. In college, when I met my wife, whose family roots go all the way back to the Mayflower, I told her I considered myself an American, not a Japanese American (the terms Asian American or people of color weren’t part of the culture then).

After college, in a Ph.D. program in English, I read an all-white Anglo-American canon. I wanted also to become a poet, and in my poetry workshops, other than a handful of poems by Amiri Baraka, I read only white poets. I was taught that to call myself a Japanese American writer or to write about race would relegate me to a literary ghetto, would be to take up a non-aesthetic, politically-based ideology, would be to try and get into literature through a sort of backdoor affirmative action program. When a fellow graduate student, the African American poet, Marilyn Nelson, lent me a copy of Aiiieeeee! the first major anthology of Asian American literature, she remarked, “I think you might be interested in this.”

But. I was not. I didn’t read it for a couple years. But when I did, reading the work by Japanese American authors like John Okada, Wakako Yamauchi, Hisaye Yamamoto, and Momoko Iko, I sensed that they were pointing to a direction I might take as a writer to explore the Japanese American experience.

But it was only when I happened to pick up in a bookstore one day, Frantz Fanon’s Black Skin White Masks, that my take on my own identity shifted. I’d heard in college about Fanon’s The Wretched of the Earth and its account of the anti-colonial revolutions in the Third World. But in Black Skin White Masks the Paris-trained Black psychoanalyst from Martinique was examining the psychology of racism.

In one passage, Fanon described the education Black West Indian children received in the French colonial schools which talked about “our ancestors” the Gauls and how the European explorers and colonists went into Africa to civilize the savages. What are these Black school children learning, asked Fanon, but self-hatred, self-alienation and an identification with their colonial oppressors.

Reading this, I had the immediate reaction, “Oh, shit, that’s what I’ve been doing.”

In that instant, I finally realized I wasn’t white, I wasn’t ever going to be white, and I had to figure out just what I was and formulate a new and different identity.

I began to read Black writers like James Baldwin, Alice Walker and Toni Morrison, and I discovered in their work a language to talk about race and my own experience of race—my sense of alienation and self-hatred from white standards of beauty, my denial of my cultural roots and history as a Japanese American, my adopting a belief in the supremacy of white culture and its norms. And I realized that the language of race I was learning from Black American writers was not present in any of the white writers I had read (and I had read through almost the entire Anglo-American canon—at least the white version of it).

Several years after this, I helped start a community-based Asian American arts organization in the Twin Cities where I live. I became friends with the African American novelist Alexs Pate and we talked incessantly about the issues of race, both in politics and literature. After the events surrounding the Rodney King beating and the violence in Los Angeles, Alexs and I created and acted in a performance piece, “Secret Colors,” where we examined our lives, our friendship and the tensions between the Asian American and African American communities. In that show, we tried to talk to our own communities about their mutual distrust, about the possibilities of alliance and connection, about thinking beyond our relationship with whites. Later, Alexs and I made a movie based on this piece, “Slowly This,” directed by the great African American cinematographer, director and artist, Arthur Jaffa.

During the making of that film, Alexs and I were staying at a hotel on 49th street in New York. As we stood outside the hotel one day, no taxis came down the side street. I suggested we go up to Broadway to hail a cab. Alexs said, “Okay, but I’m a Black man in New York with dreadlocks. If I stand outside a hotel, the cab might think I’m staying at the hotel, but if I go up to Broadway I’m just another Black man the cabs won’t stop for. Maybe with you, it’s different.”

All of this was part of my process of understanding and exploring the experience of Blacks in America and then reflecting upon those experiences both in terms of the African American community itself and in terms of my own community. I was learning to think intersectional before that term became a popular coinage.

A few years after that, in 2001, I started to teach at VONA, the only writers’ conference for all writers of color (and not just one race), and I realized there were other communities of color whose experiences and literature I needed to learn and learn from. My own understanding of what it means to be a Japanese American or Asian American needed to encompass those communities and not just my community’s relationships with white America.

Today, I still live in the Twin Cities where more than seventy percent of the students are children of color and where my children have grown up amid a diversity I could not have imagined as a child or a teen growing up in an all-white Jewish suburb of Chicago. My children have grown up familiar with other immigrant communities as well as with their Japanese American identity and with the languages of race that I first learned from African American authors. They understand that as Japanese Americans and Asian Americans in 2020, they are living in a multiracial, multiethnic society where we all must work to understand each other—our histories, our cultures. They understand that such work is even more important in this dire time of Trump with its racism, xenophobia, religious bigotry and anti-immigrant sentiment whose earlier strains sent my father and mother to the internment camps of World War II.

What is happening now, for instance, with the Muslim Somali American community echoes so much of what Japanese Americans experienced during World War II. And since my middle son has been going out with a Somali American woman for several years and has several Somali American friends, and since I’ve also had Somali American students and friends, and my wife Somali patients and colleagues, their community is now simply part of my life. I cannot think of America the way my parents did when they got out of the internment camps; our lives are much more inclusive and various now—and richer and more complicated.