(Also, see the announcement from Linda Tamura that follows Lauren’s essay: The Journal of Ben Uchida, first commissioned by the Kennedy Center in Washington, DC, will be presented by OCTC in Portland, OR) 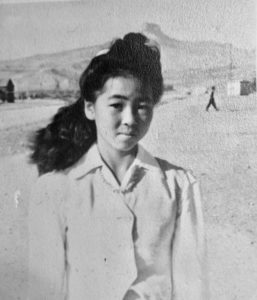 At 87 years old, there are few things my paternal grandmother does not have an opinion on; fewer still that she is not ready to share. From skirt lengths to savings bonds, rest assured that Bobbie has something to say about that. One topic spared from commentary from my no-nonsense grandma? Her four-year stint in an internment camp as a young teen (photo to left is Bobbie at age 12-13 at Heart Mt, WY).

Eleven-year-old Bobbie Kato, daughter of Japanese immigrants, native of Merced, California, existed separately from the wartime Japanese Americans in history books. She had grown up in a universe parallel to that of Executive Order 9066, never in my mind affected by the horror of internment. Barbara Shirota, Mom to two, Grandma to three and Auntie Bobbie to many more, did little to dissuade me of my fantasy of her bubblegum youth. 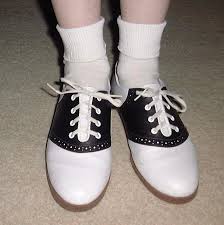 Her reluctance to speak about her adolescence made it all the more romantic to me. I envisioned shiny saddle shoes, first kisses over chocolate malts, and glass bottle sodas with nickel movies. The reality, I later learned, was not necessarily devoid of those Americana stereotypes, but warped through the lens of shame and fear, behind barbed wire fences and guard towers.

A fifth-grade project on my pre-war immigration legacy made me an involuntary expert on internment. My classmates’ interest revealed my naive understanding, and, embarrassed, I started to push for answers to the unasked questions in my family. With the doggedness of an investigative journalist and the precociousness of a nine-year-old, I set out for The Truth. So began the nearly decade-long journey of relearning Bobbie Shirota (nee Kato)’s past. After avoiding the topic for half a century, she and her siblings were more susceptible to a granddaughter or a great-niece’s curiosity. Still, even that fell short of convincing them to talk openly about their experience. Their careful, coded recollections compel me to remember their story, and their silence commands that I not let it be forgotten by time.

I cannot and will not fault Bobbie’s resistance to see her youth as a cautionary tale from the past. The liability of her lost childhood now mirrored in the fate of others lies not only in the hands that directed it but also in those who did not protest it.

Last year, news broke that the federal government was holding immigrant children in detention centers built on the bones of a Japanese ‘relocation center’ used during World War II. I asked Grandma what she thought of the report. No response. Finally, she briefly opined on the general horrors of family separation and locking up kids. Then she asked if I had found a job yet.

This year, the Japanese American Citizens’ League was among the first to speak out when Iranian Americans were detained and interrogated at the Canadian border. I know if I ask Grandma, she will say what she always says: that it’s not right what is happening, that they are Americans, Lauren, and more importantly, people. Then she will ask if I am seeing anyone.

I can and should be savvy to my grandma and her peers’ quiet pleadings to our generation. She asks if I’m registered to vote (then advises me to double- and triple-check). She tells me to read today’s paper and notes that the headline is “kind of interesting, hmm?” She sends books and documentaries and notable names who wrote or performed or talked on the internment camps, the Asian American experience, the plight of immigrants.

If I let myself listen, I find that she has a lot to say, after all. 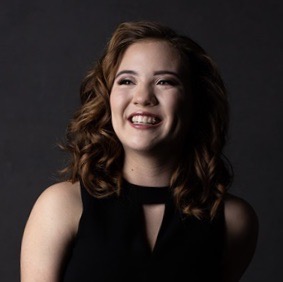 Lauren Yanase is a recent graduate of St. Mary’s Academy in Portland, Oregon. An avid storyteller, Lauren has previously written creative fiction and nonfiction accounts of Japanese American internment and has been recognized regionally and nationally for her writing. In 2019, she earned the Girl Scout Gold Award for her documentary about the Japanese American internment. This is a prestigious honor, with fewer than six percent of Girl Scouts worldwide earning this award.

Lauren will be attending Bennington College in Bennington, Vermont, in the fall of 2020 following a gap year of working in outdoor education and community organizing. She is an enthusiast of mid-priced coffee and semi-athletic endeavors in the mountains.

– Excerpted from the documentary’s press release, written by Maddy P.

Shikata Ga Nai: An Inconvenient American follows the story of the Kato family during World War II as Japanese Americans along the West Coast were being forcefully relocated into internment camps. John Golden, a TOSA in Portland Public Schools, says that this film, “sheds a light on a forgotten and shameful chapter in American history… and presents a story that is compelling and should be essential viewing for all high school students.” 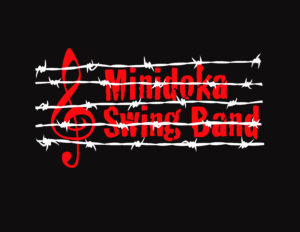 Bobbie Shirota features as Yanase’s protagonist and narrator, recalling her family’s story of forced relocation in 1942 to their return to Los Angeles almost a decade later. Shikata Ga Nai is interwoven with footage from an exclusive tour of the Santa Anita Racetrack, and a haunting, authentic soundtrack by the Minidoka Swing Band and Portland Taiko music groups. Yanase juxtaposes sobering U.S. propaganda footage with personal photos to emphasize how the Kato’s story is not an anecdotal anomaly, but a reflection of the nearly 120,000 displaced Japanese and Japanese Americans during the Second World War. Yanase illustrates the economic and sociological impacts on the Japanese American communities through her own family’s journey and struggles to define and maintain their American identity. It is ultimately a universal story about family and building the American Dream. Jodi Walder, an independent college counselor concludes “Shikata Ga Nai is a powerful story that every middle and high school student should see. Young filmmaker Lauren Yanase has masterfully captured her family’s experience in the Japanese internment camps… and forcefully asks us to reckon with the fear that caused those in power to unfairly treat our Japanese-American neighbors.” 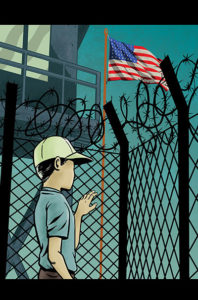 An upcoming play will be performed by the Oregon Children’s Theatre at the Winningstad Theatre in Portland, OR in late February and March. “The Journal of Ben Uchida,” first commissioned by the Kennedy Center in Washington, DC, is about a young Nisei boy and his family who were incarcerated during World War II. Dmae Roberts directs the play. Ken Yoshikawa, Jenna Yokoyama and David Loftus (son of Mitzi Asai Loftus) are key cast members. Chisao Hata is choreographer and cultural consultant. Linda Tamura is dramaturg (historical) and education consultant. On Friday, March 6 and/or 13, the performance will be followed by a panel that includes former incarcerees. This is an especially appropriate time to remember the past and connect it to current events.

Summary: In 1942, 12-year-old Ben Uchida and his family are forcibly removed from their home in San Francisco and imprisoned at Mirror Lake, an American concentration camp, along with hundreds of thousands of other Japanese-American families. In this unfamiliar place, removed from everything he once knew, Ben’s emotional journey is even more upsetting than his physical one. The play details—with anger, despair, sadness, and hope—a dark chapter in this country’s history. Join Oregon Children’s Theatre as we tell this ambitious story at a time when families need to hear its message more than ever.

Content Advisory: This show uses historically accurate language (from the 1940s/WWII), including racial slurs, and bias-motivated violence. Additionally, the play contains visual imagery and indirect references to suicide in the concentration camp (note: the word suicide is not used in the play, nor is the act dramatized or seen on stage).